Download the Sailing For The Disabled membership form. Application for membership

Invitation for members and former members 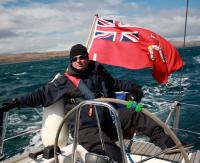 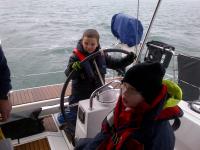 Members sailing
Some pictures of members enjoying themselves on POMII 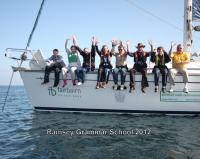 Sail with the Lt Governor Adam Wood May 2012

POMII Servicing November 2011
Some photos showing part of the work undertaken by members during the boat service.

Dolphins November 2011
Images of a large group of dolphins estimated to be around 40 on a sail November 6th 2011. The group were seen south of Port Soderick and were swiming northwards. We were with them for around 15 minutes.

Chadsgrove School
Pupils from Gradsgrove school who were staying at the Joey Dunlop Foundation in July 2011 and who enjoyed sailing with us for the first time. They were a lovely group of people who were a pleasure to have on board.

Open Day Peel 2012
Thomas Plant and Phillip Serrell of the Antiques Road Trip said SFTD is the best bargain to be grabbed anywhere.

Corporate evening 2011
An evening to meet our corporate sponsors and for them to see what we do.

Visiting groups sailing on POMII in 2014 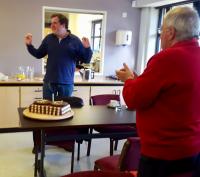